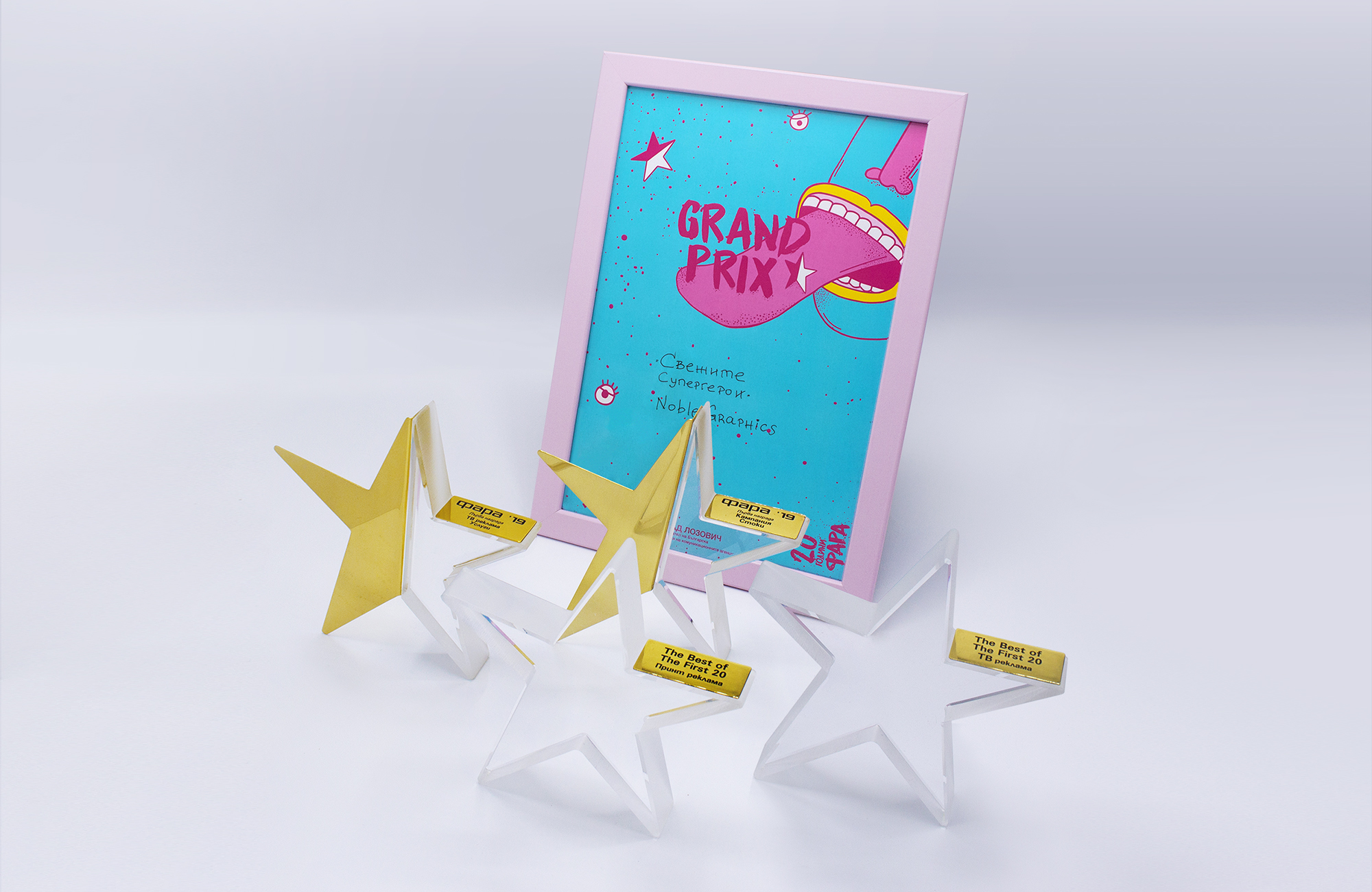 At this year’s jubilee edition of the Bulgarian national festival of creativity – FARA, we’ve managed to conquer some of the highest peaks. With only 10 entries we took home 9 awards – 2 x Gold, 3 x Silver, 3 x Bronze, 1 nomination and… a Grand Prix for our campaign “The Fresh Superheroes”! The Grand Prix is awarded only for the 3rd time in the last 20 years of Bulgarian advertising and for the first time for the most commercial category – Campaign, Goods. And for such a massive client like Kaufland Bulgaria.

For these past 20 years the Bulgarian creative scene has given birth to some evergreens and one of those is our work for Carlsberg Bulgaria. It was awarded the best of Bulgarian advertising in the last 20 years in the special selection “The Best of The First 20”.

For a second consecutive year, DSK Bank took Gold for one of the most disputed categories – Film.

And for the first time in their history Kaufland Bulgaria was awarded Gold for the “Fresh Superheroes” campaign. The Superhero squad also scored Silver in Print and Art Direction, as well as bronze in Brand Identity.

Our work for Kaufland Bulgaria kept scoring – it took the bronze award for Copy Craft and a nomination in Ambient with the new wayfinding system for their renewed branches.

We are more than exited to share these outstanding results with some of our biggest clients. Thank you for your trust!