Johnson & Johnson eye health division Acuvue is the leader in Russia when it comes to contact lenses. But the problem is that less than 20% of Russians actually go to the ophthalmologist and check their sight. This means that very few people are buying lenses.

We created a campaign that aims to raise awareness among Russians about eye health and increase traffic in ophthalmologist clinics. The campaign was not branded with Johnson & Johnson, nor Acuvue – the strategy was to create a purely social campaign. But if the campaign succeeds to bring more people to clinics, the market leader (Acuvue) would benefit the most.

We used a recognisable item – the eye test chart, which became the main graphic element of the campaign. The multitude of messages kept the attention of the viewer.

The campaign was first launched in Russia, before being implemented in Turkey, Slovenia, Poland, Ukraine, the Czech Republic and other countries in the region. 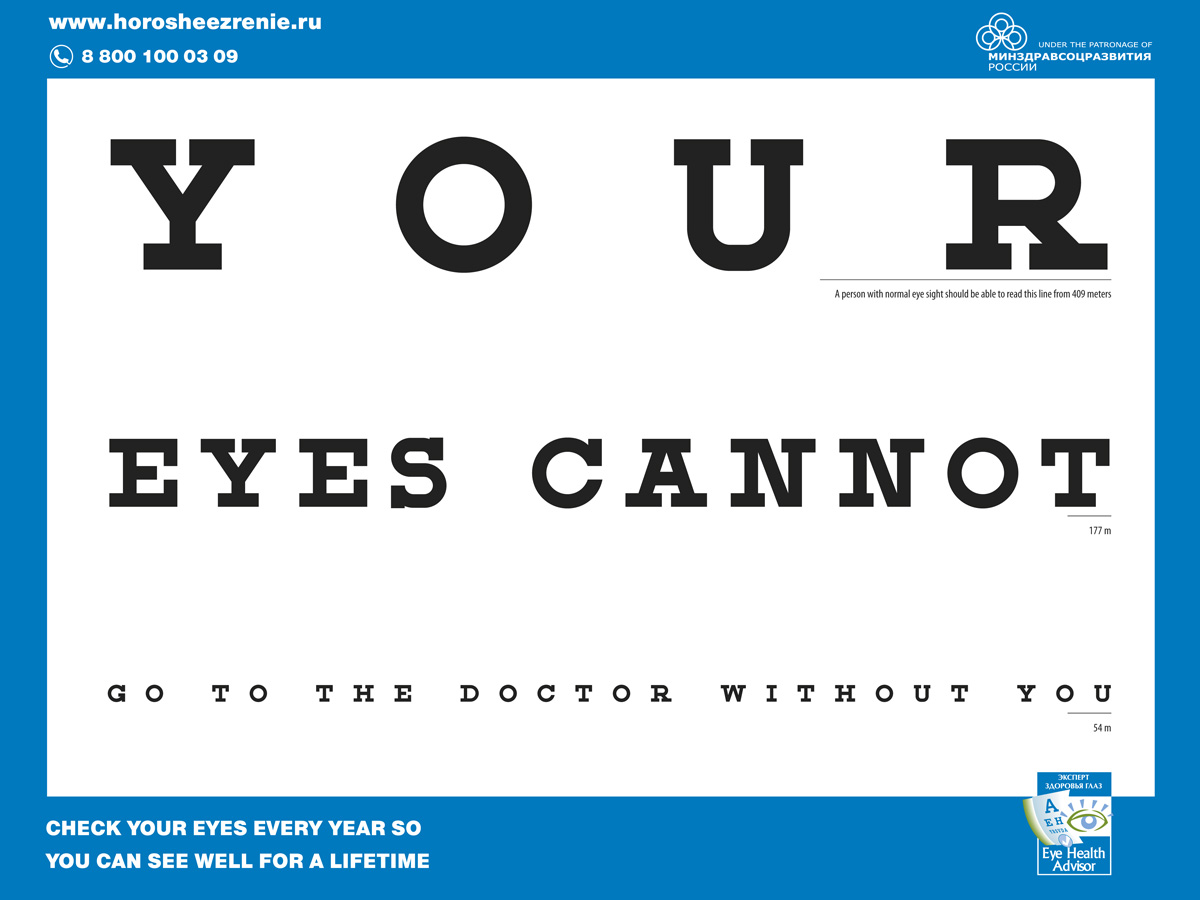 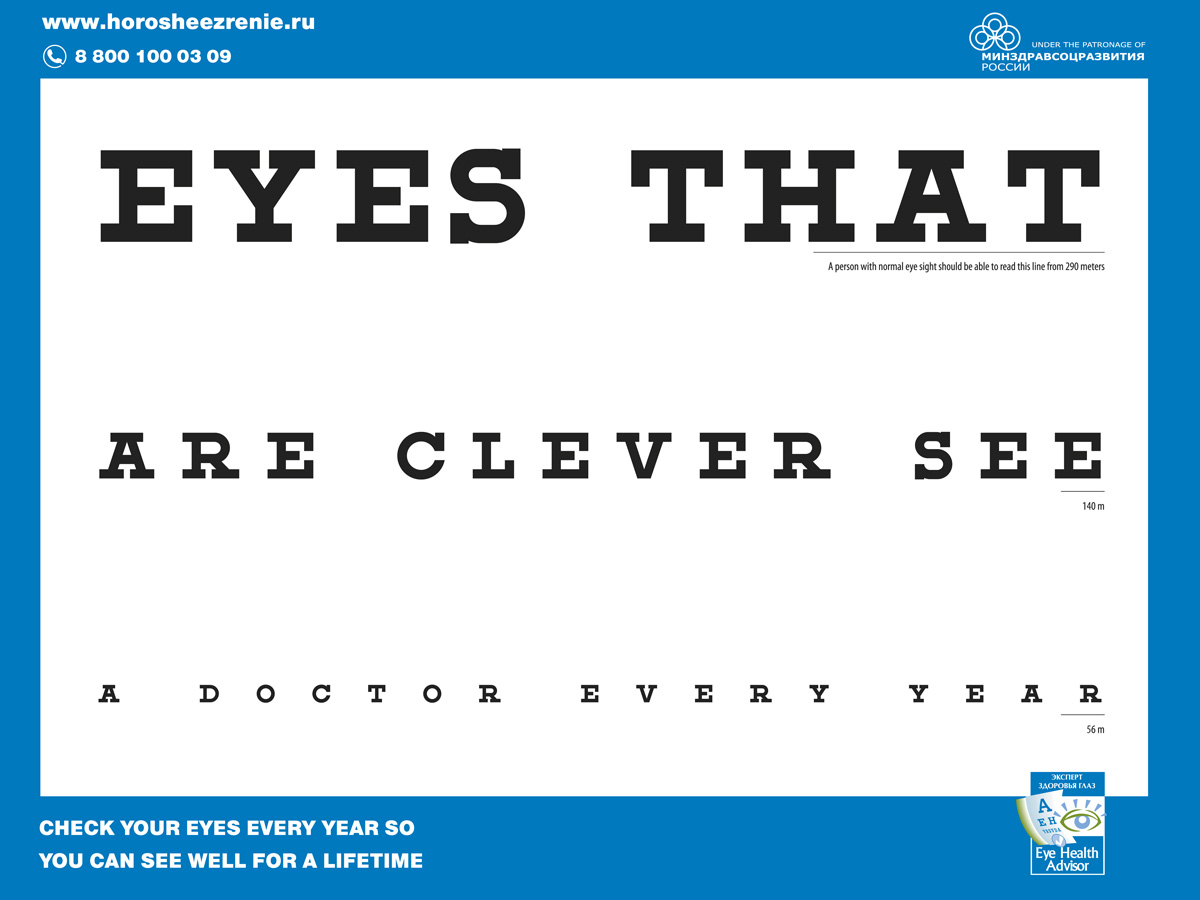 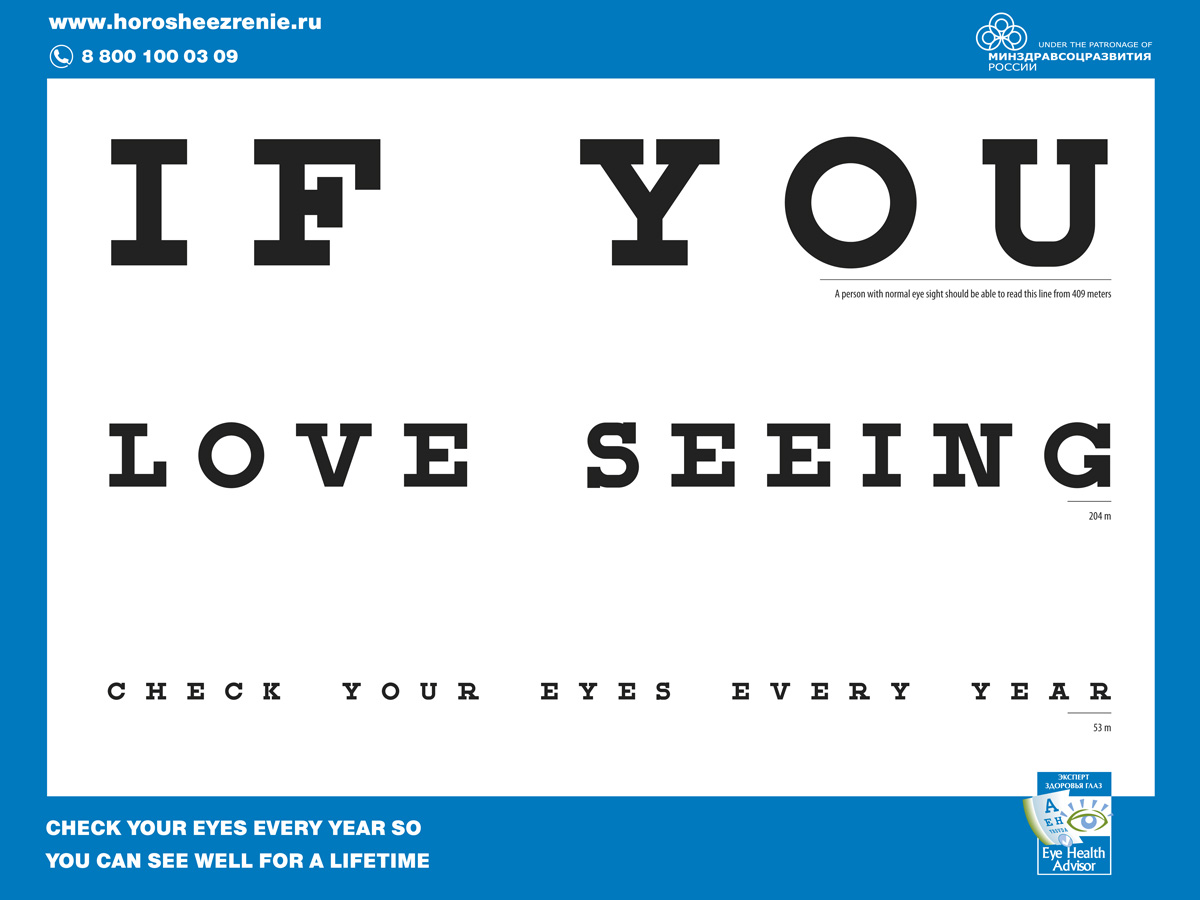 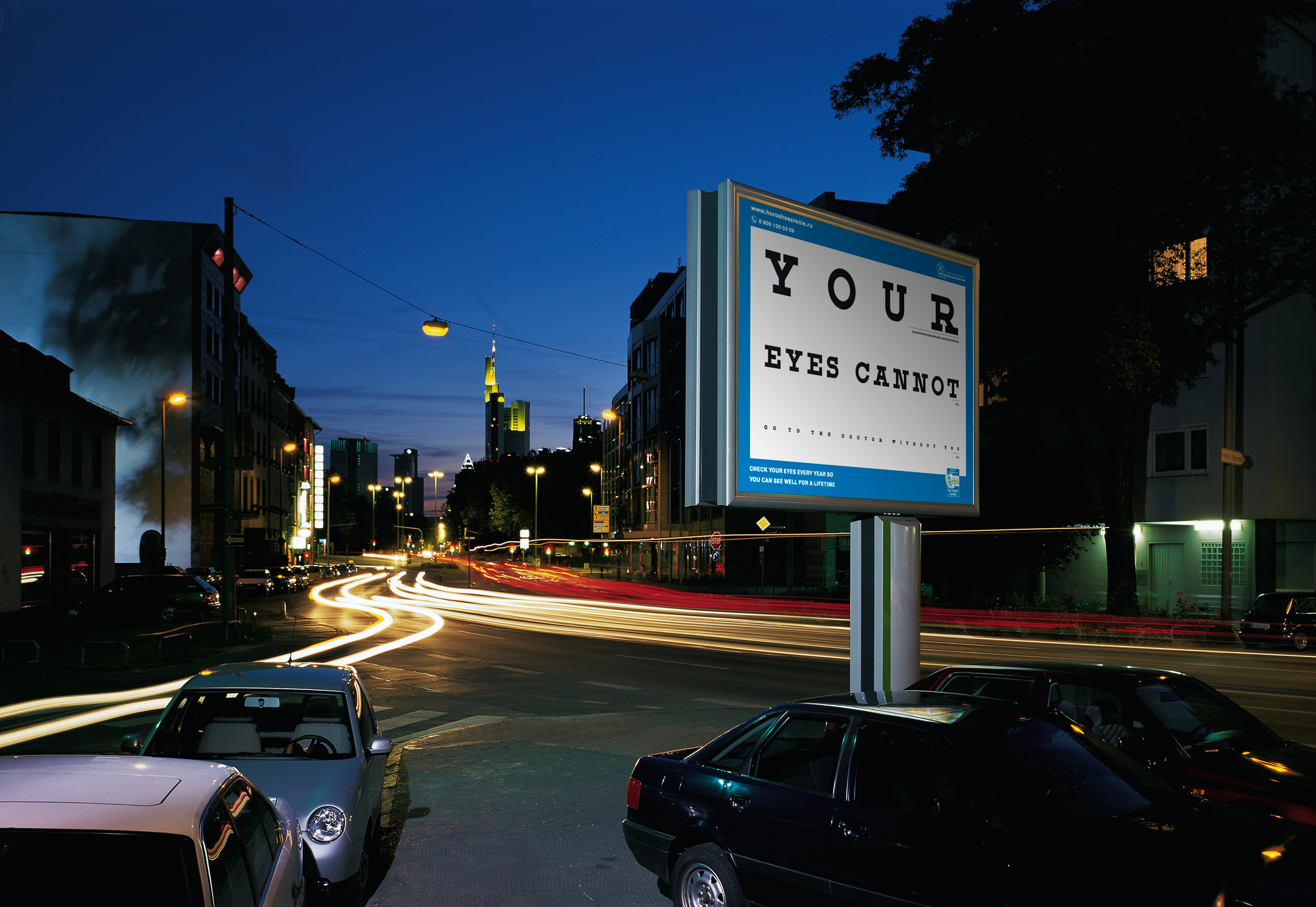 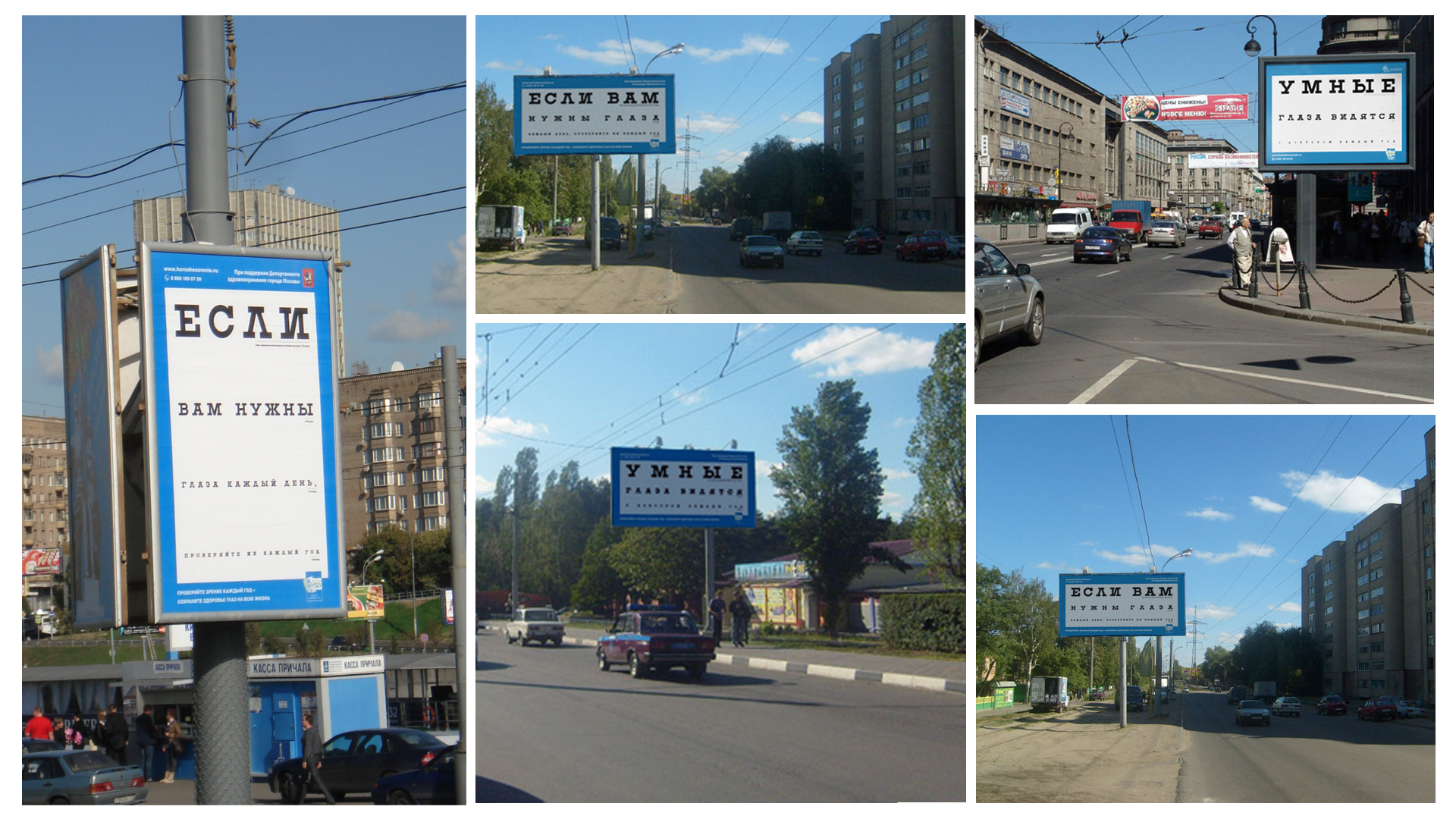 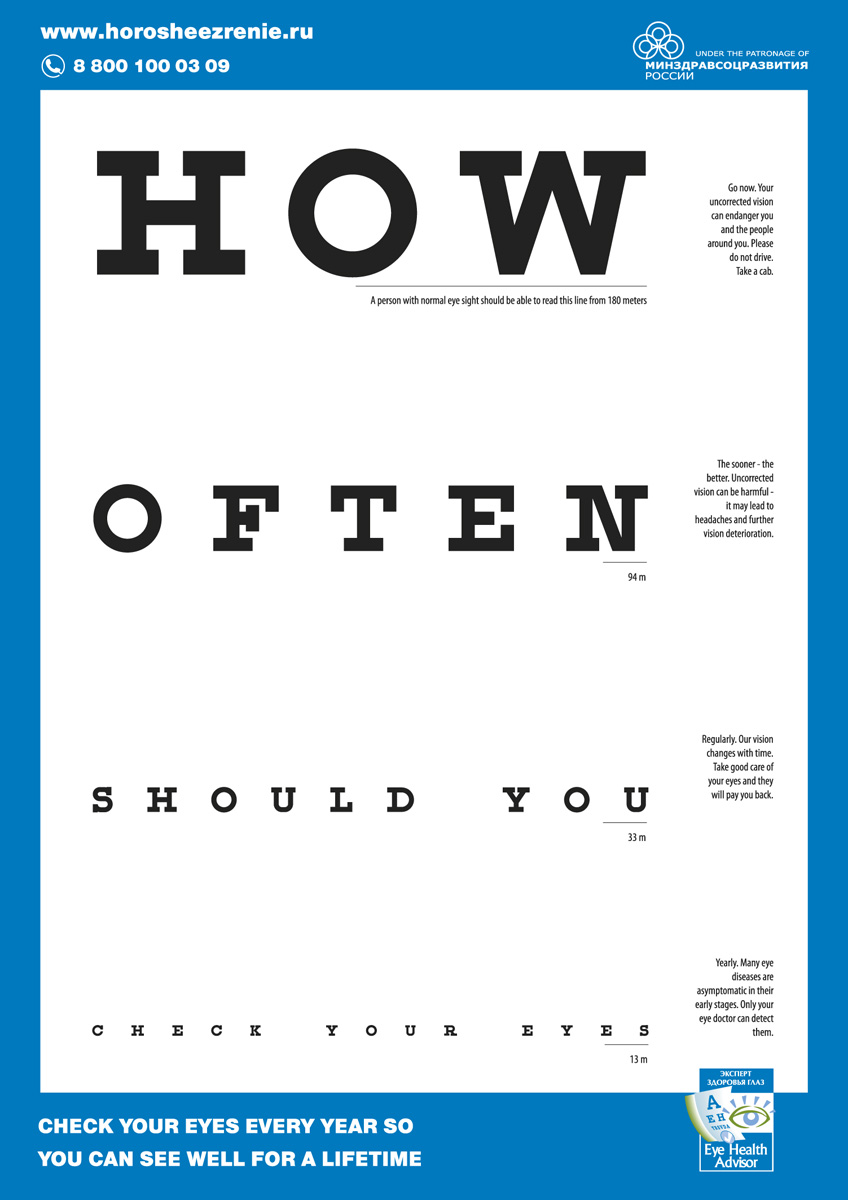 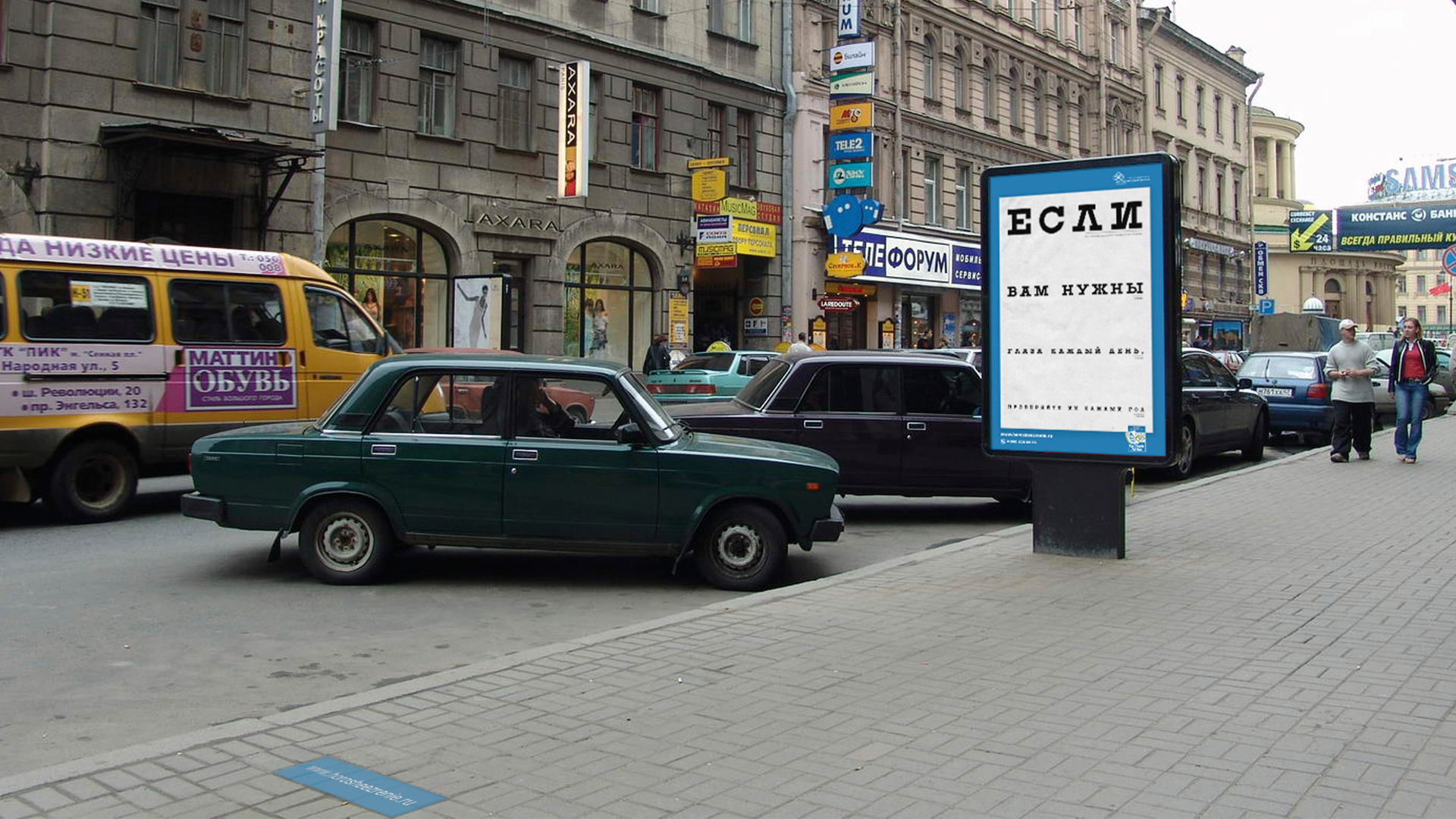 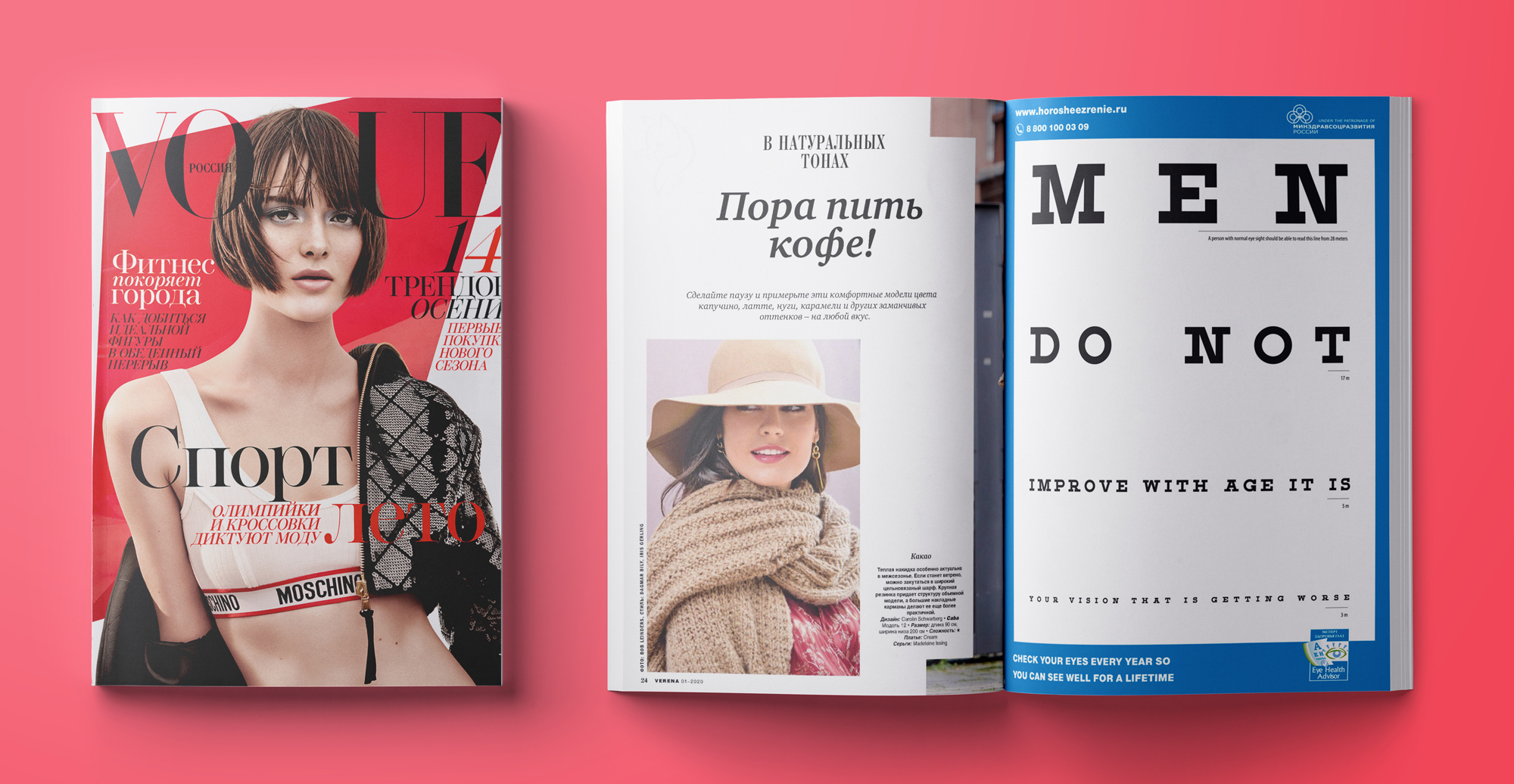 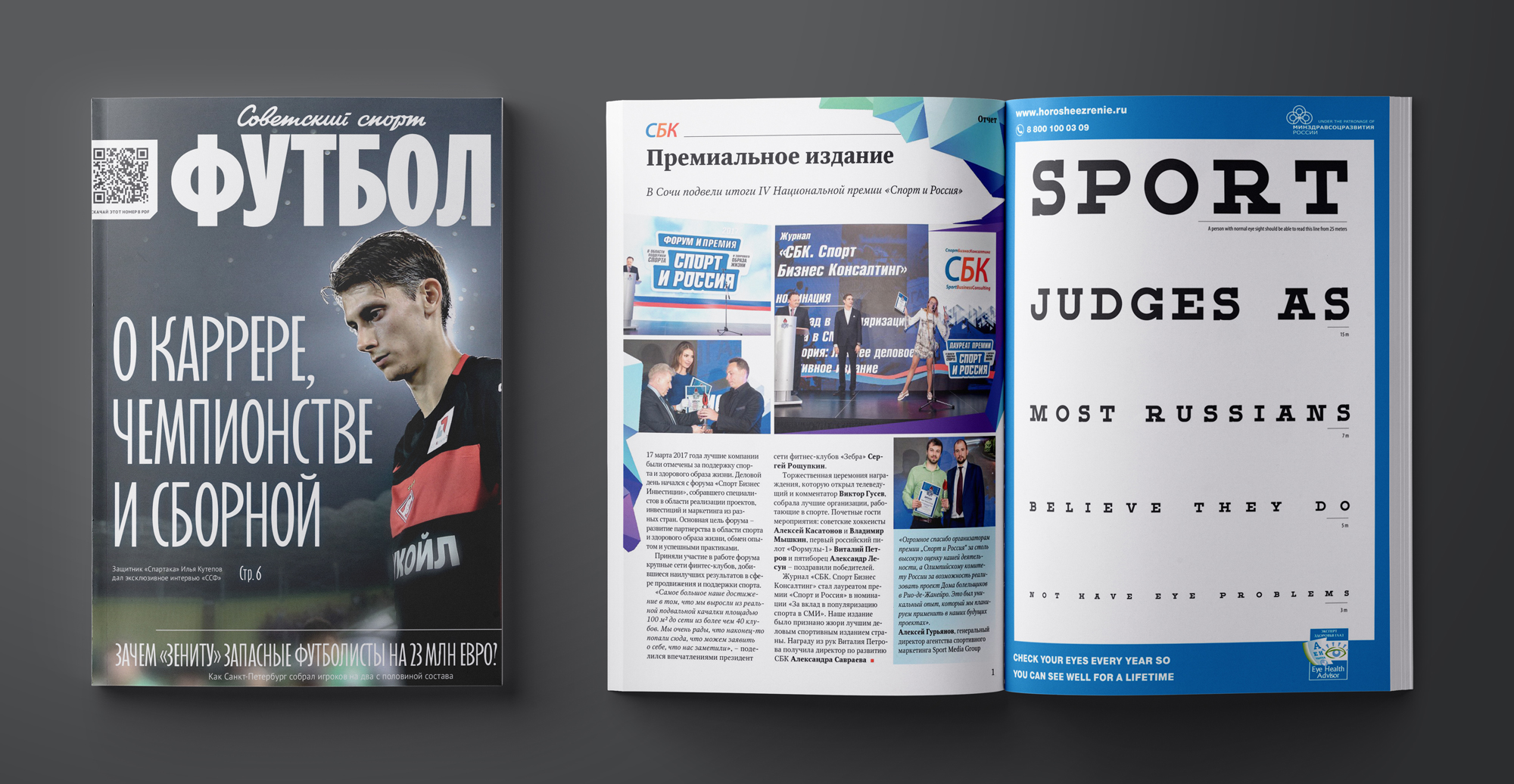 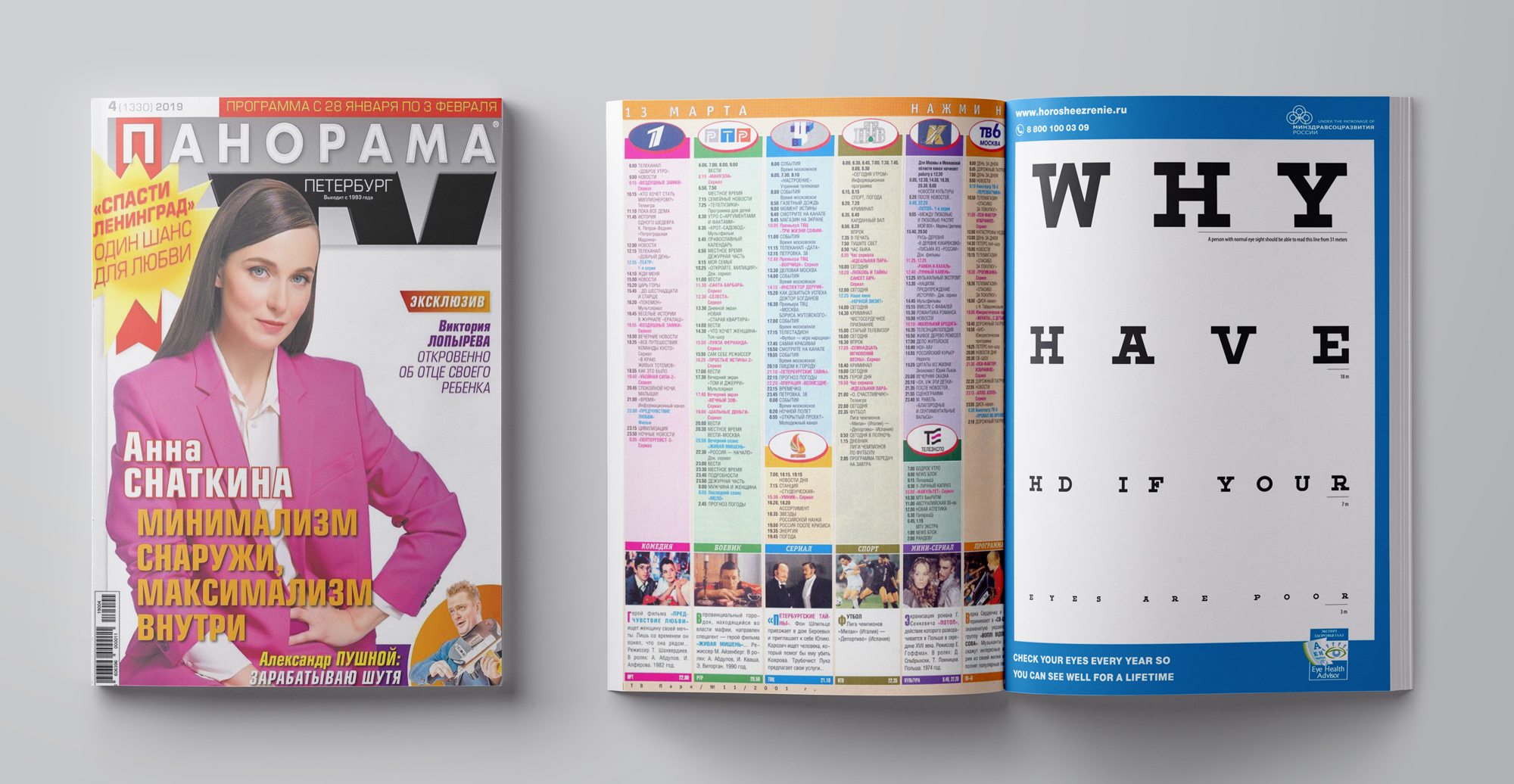