Bansko is one of Europe’s top ski resorts and a regular host of FIS World Cup. It is also one of the fanciest and most expensive winter destination in Bulgaria. This makes it quite attractive to a certain type of affluent Bulgarians which happen to be the target group of Audi.

This winter resort is also the perfect opportunity for the brand to showcase its iconic four wheel drive technology – quattro®. For the last 40 years quattro® has established itself as a synonym for stability on the road.

Here’s how the Audi quattro® system was presented to Bankso visitors throughout the years:

We placed road signs on a chair lift’s pillars in the most luxurious ski resort, displaying the distance to the nearest gas station. Upon reaching the peak, the guests found the answer to the riddle. Genuine branded petrol pumps explained that only quattro technology can lead you to the mountain top in winter. Skiers found Audi’s “gas stations” entertaining and took pictures of them, thus extending the ad-life of the message. Using a low budget, we managed to reach 2,400 people per hour. 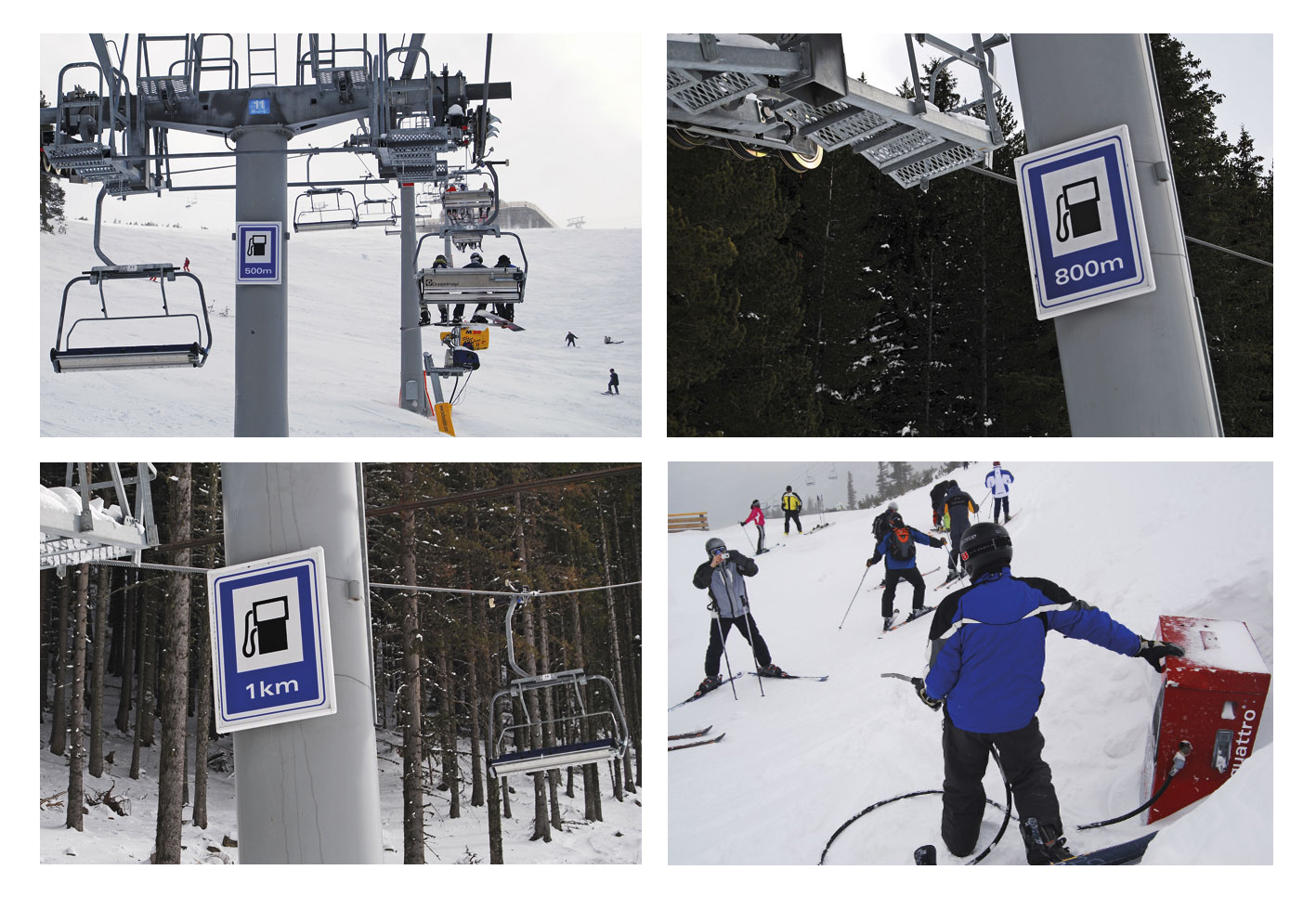 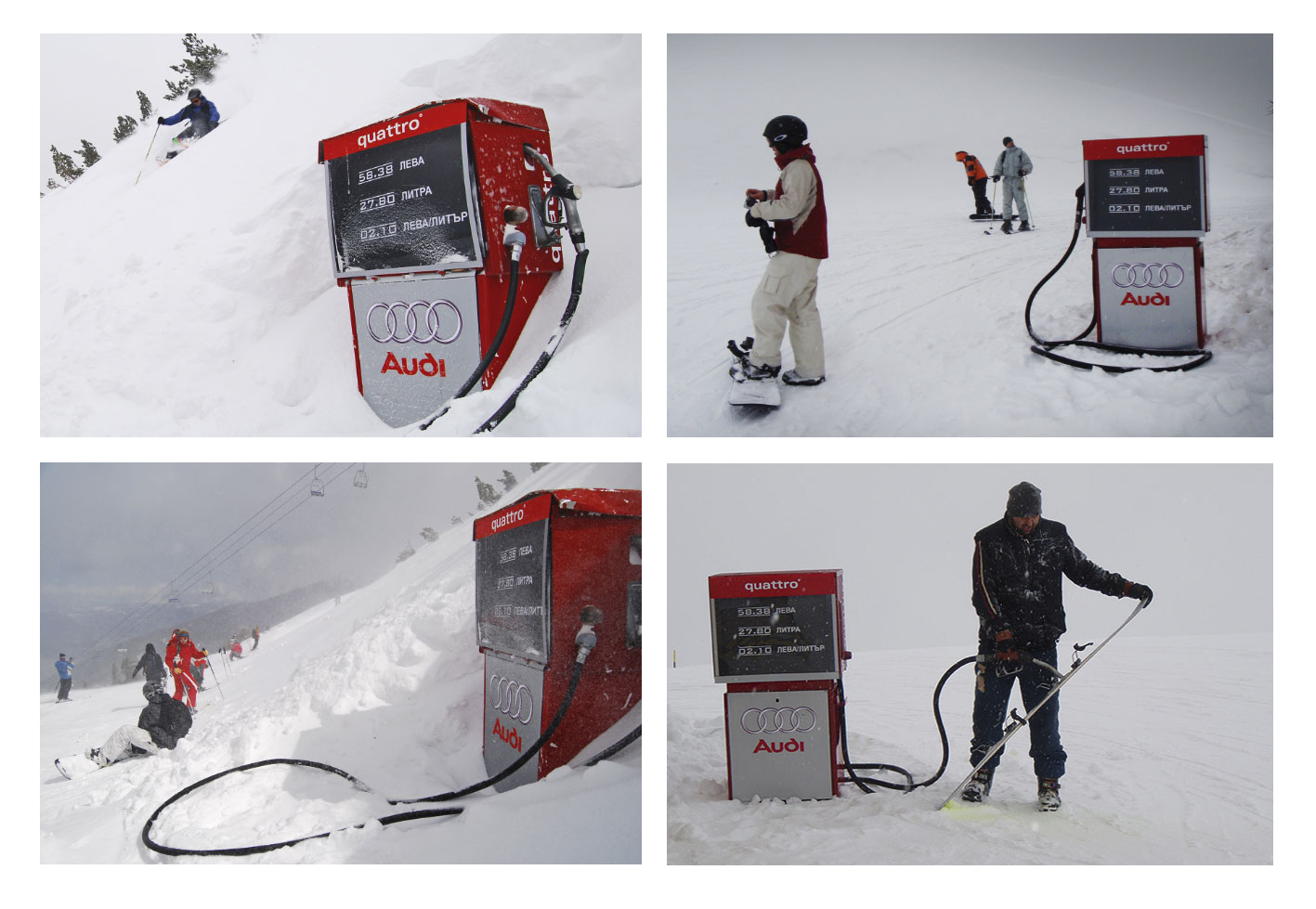 The quattro® technology is a well-known symbol of stability on the wintery and snowy roads. That is why we used the poorly maintained and snowy roads leading to Bansko and its ski slopes. The steep route was turned into a giant ski slalom race track with giant slalom “gates” placed on each of the 54 turns of the road. 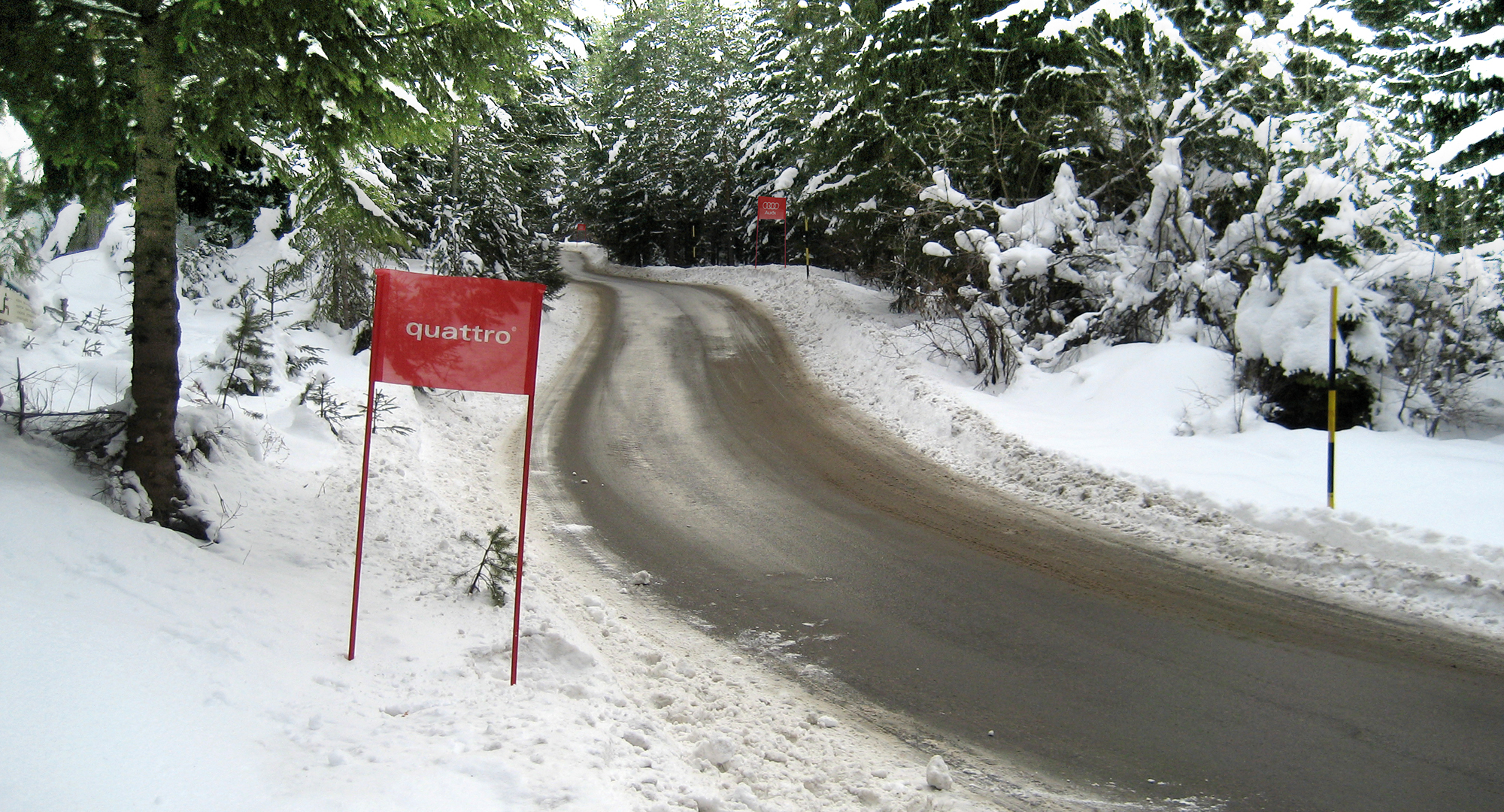 In 2012 Bansko wat the host of FIS World Cup. This was a great opportunity to approach a certain type of affluent Bulgarians which happen to be the target group of Audi quattro® and introduce to them the new Audi A6 Allroad quattro® as the perfect model choice when it comes to rough mountain terrains. We placed a simple sticker on the chair-lift windshield in Bansko. When you pull the windshield down you find yourself sitting comfortably in the new A6 Allroad and for the next 20 minutes you just enjoy the smooth ride through the winter mountain. 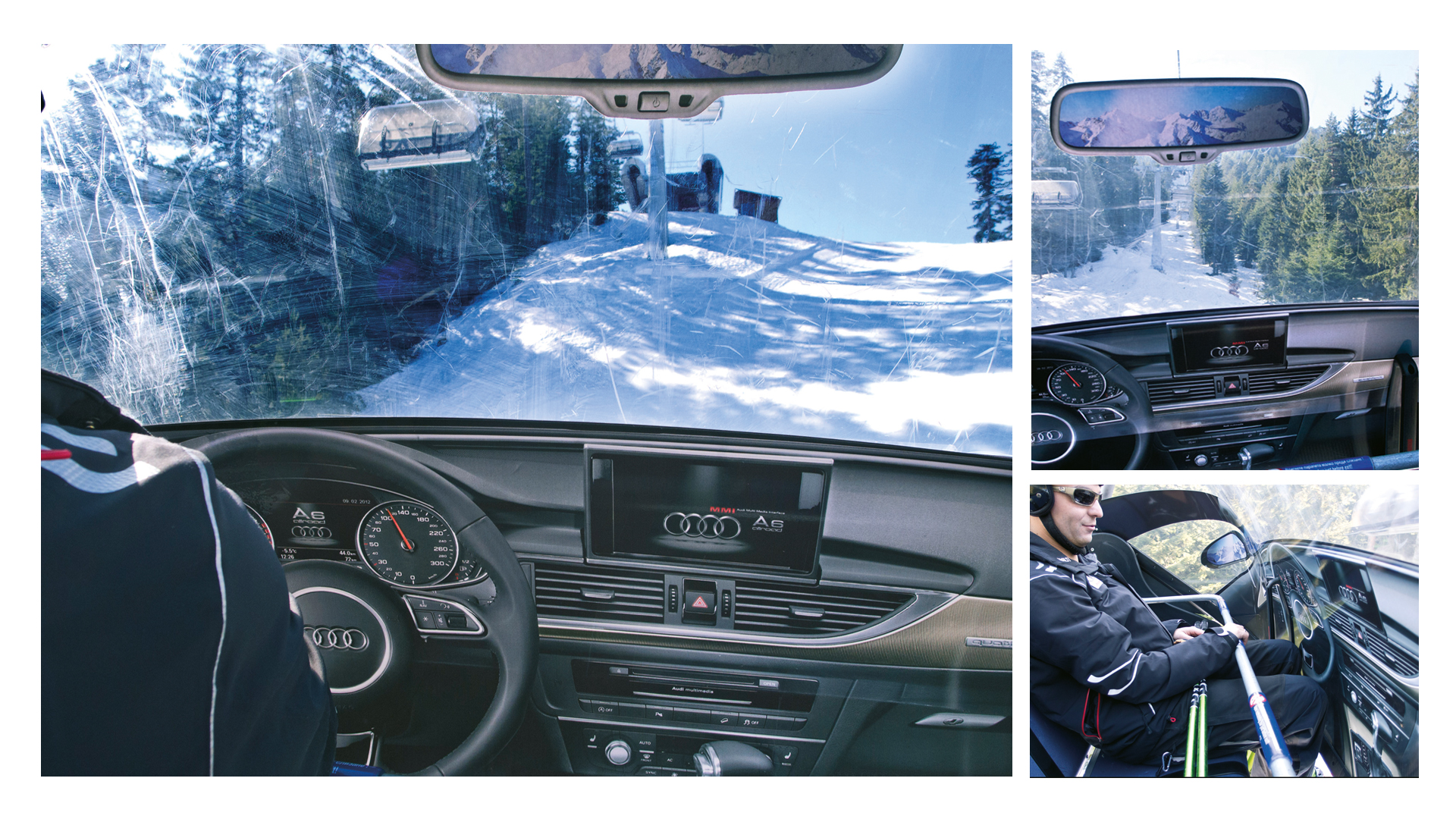 The main advantage of quattro® is the synchronized movement of the four wheels which gives the car stability and roadability in all weather conditions. This is especially important in the winter, on slippery, icy surface. We wanted to catch drivers in the right time, in the right place and draw their attention to the quattro® system – one of the main factors maintaining Audi’s high image. What better way to this in a ski resorst than installing of a giant set of skis – 3.5m high – with authentic tyre tread on the sliding surface. 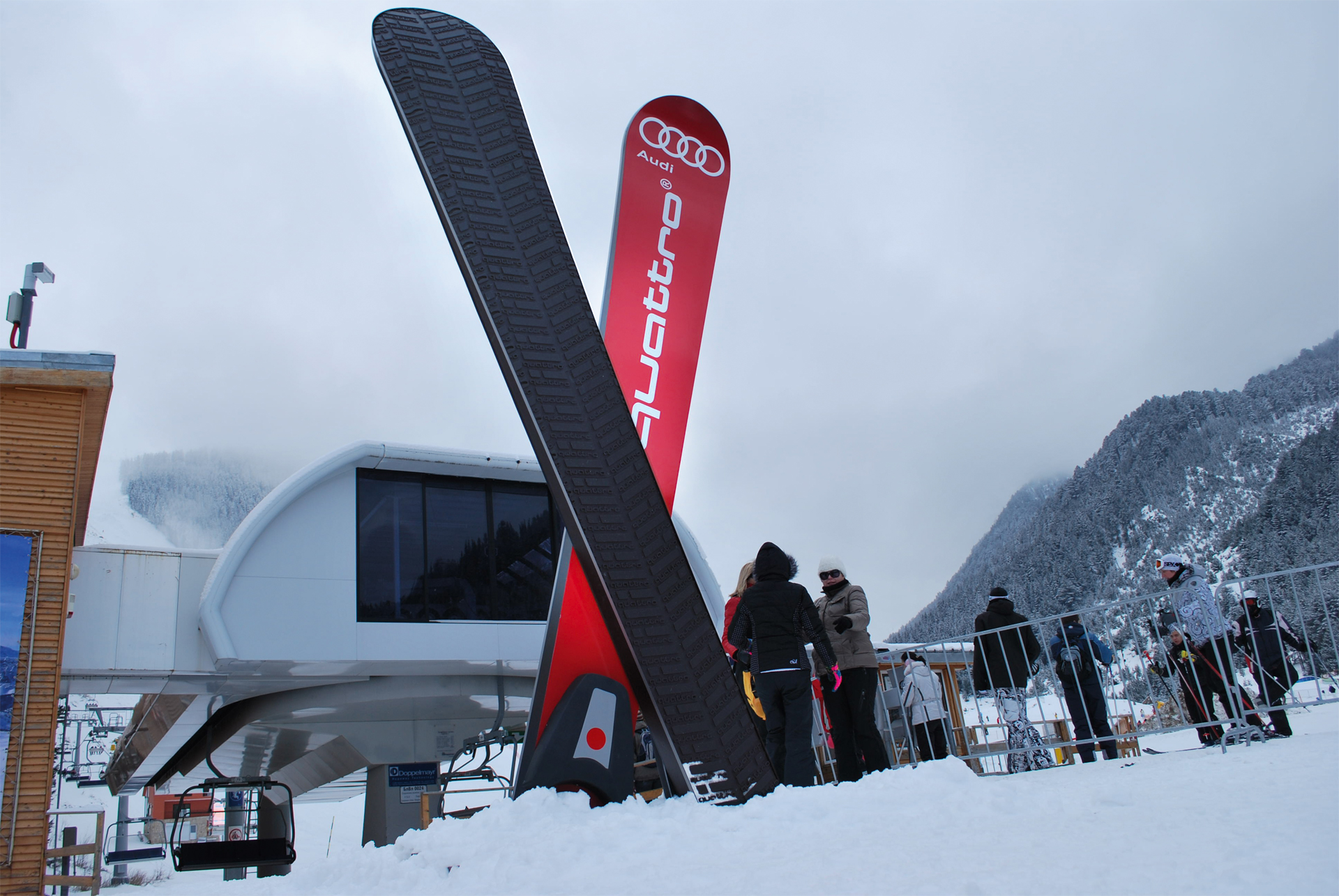 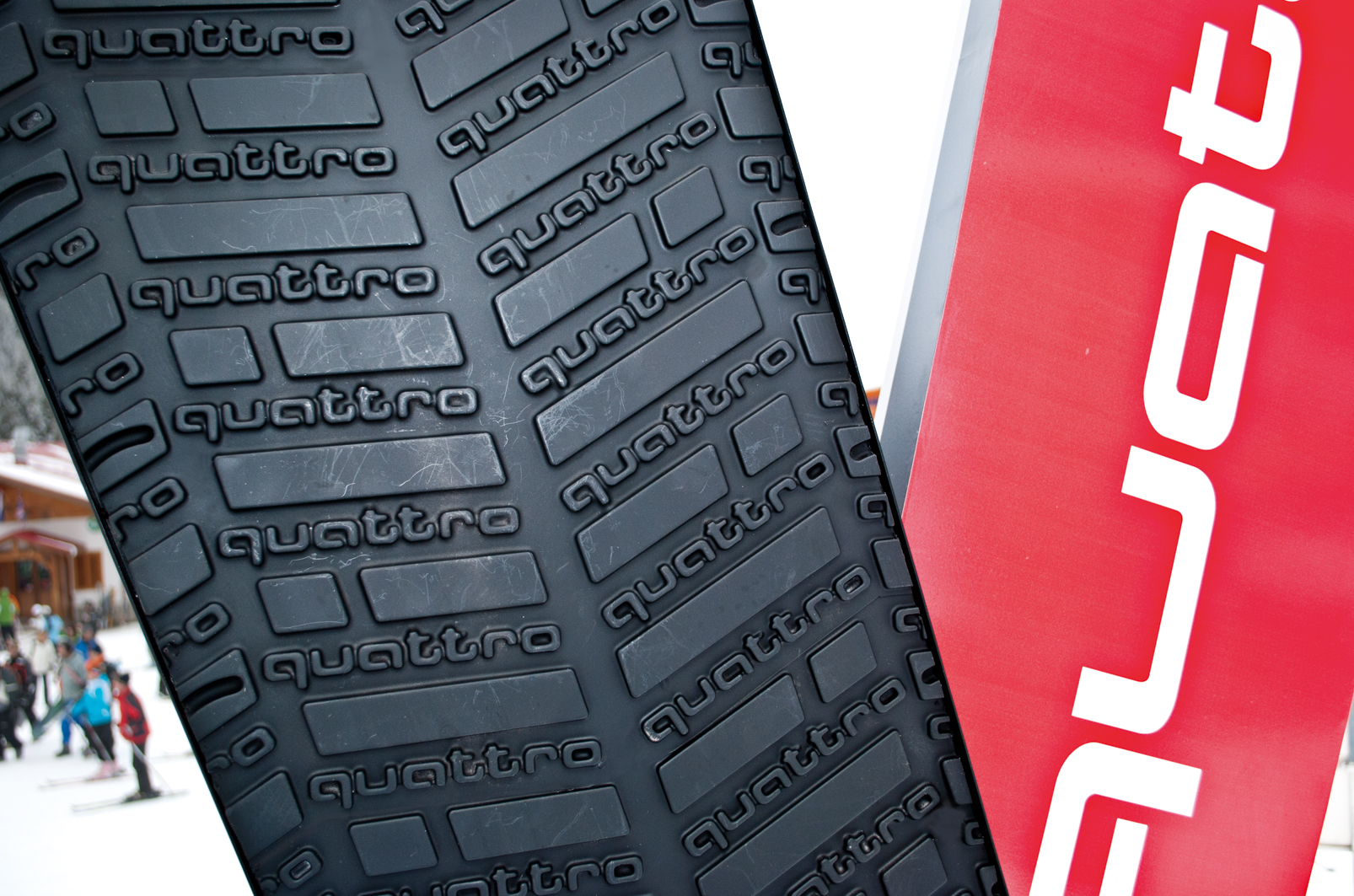 During the opening day of the FIS World Cup in Bansko we demonstrated the power of the quattro® technology but in a smaller scale than usual. Visitors could drive RC vehicules on a racetrack and experience just a fraction of the feeling of tsability and control that the 4 wheel drive offers. 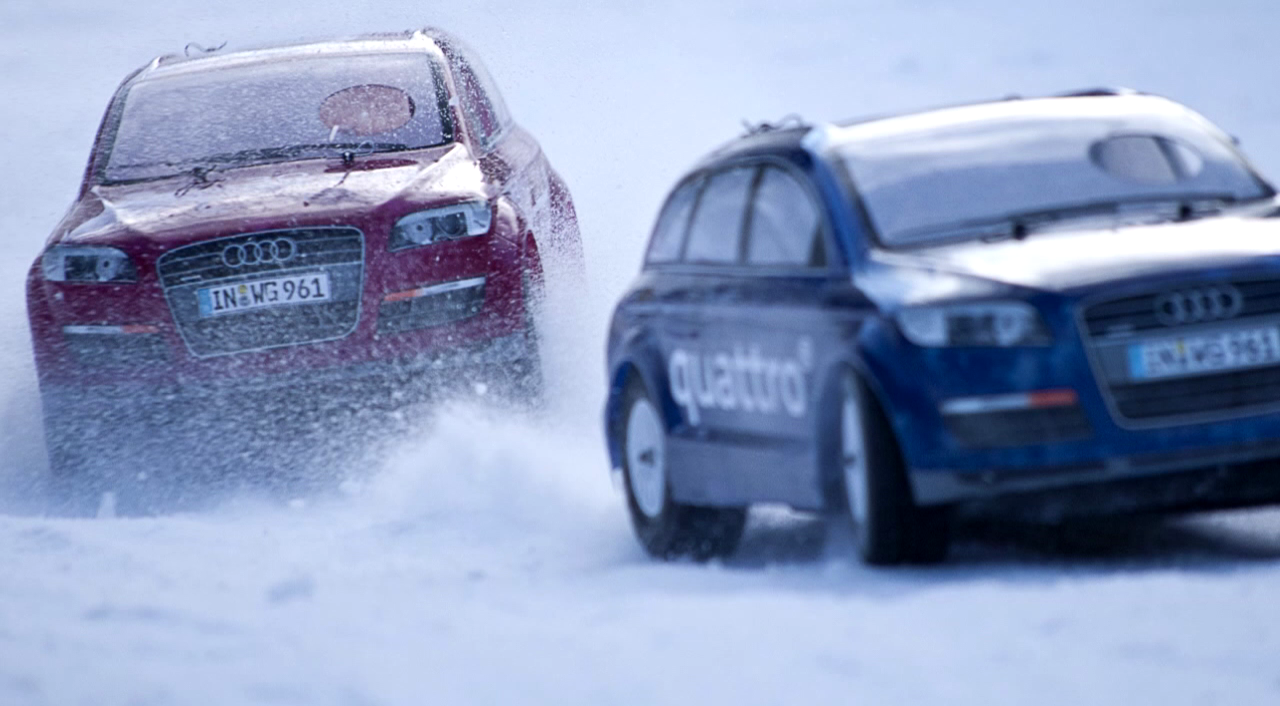 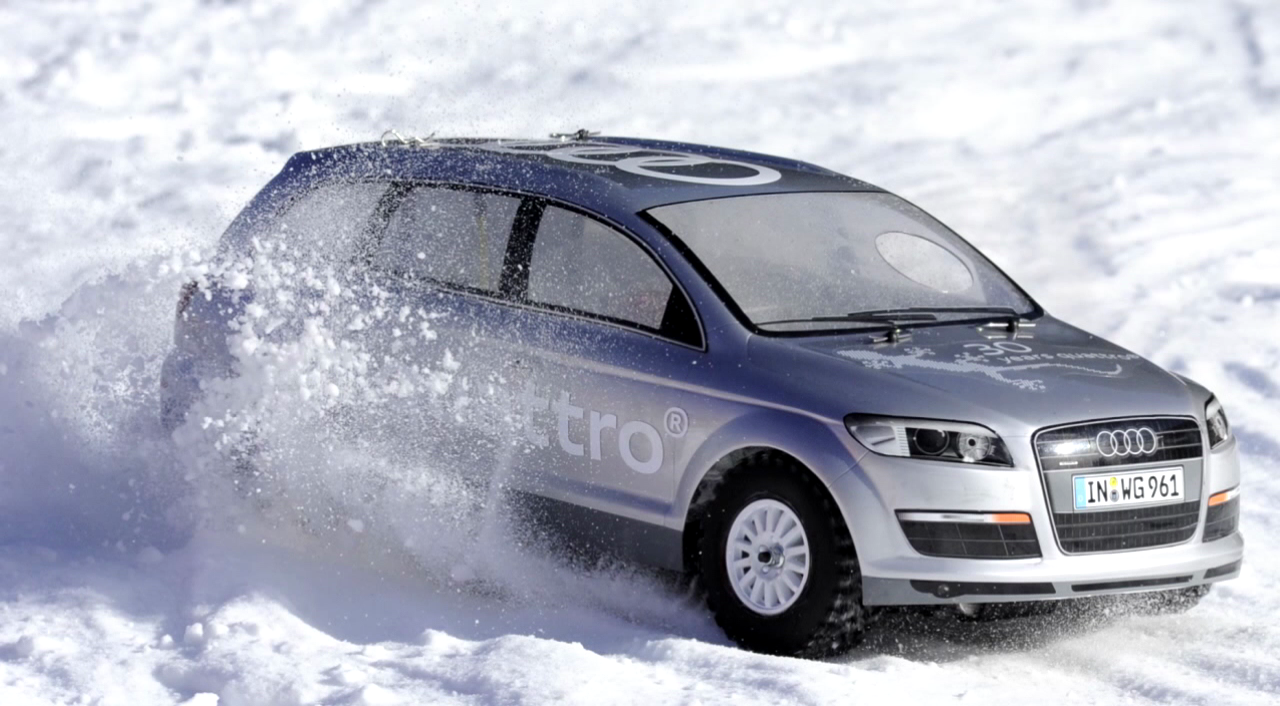 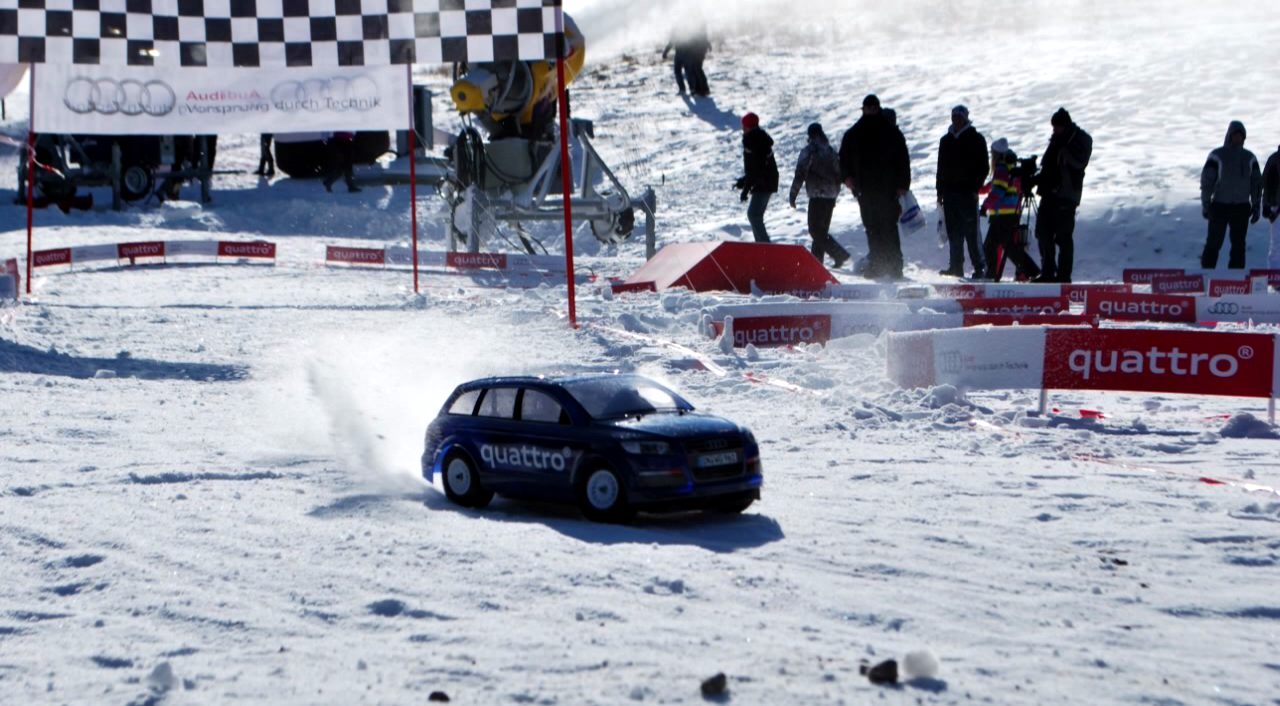 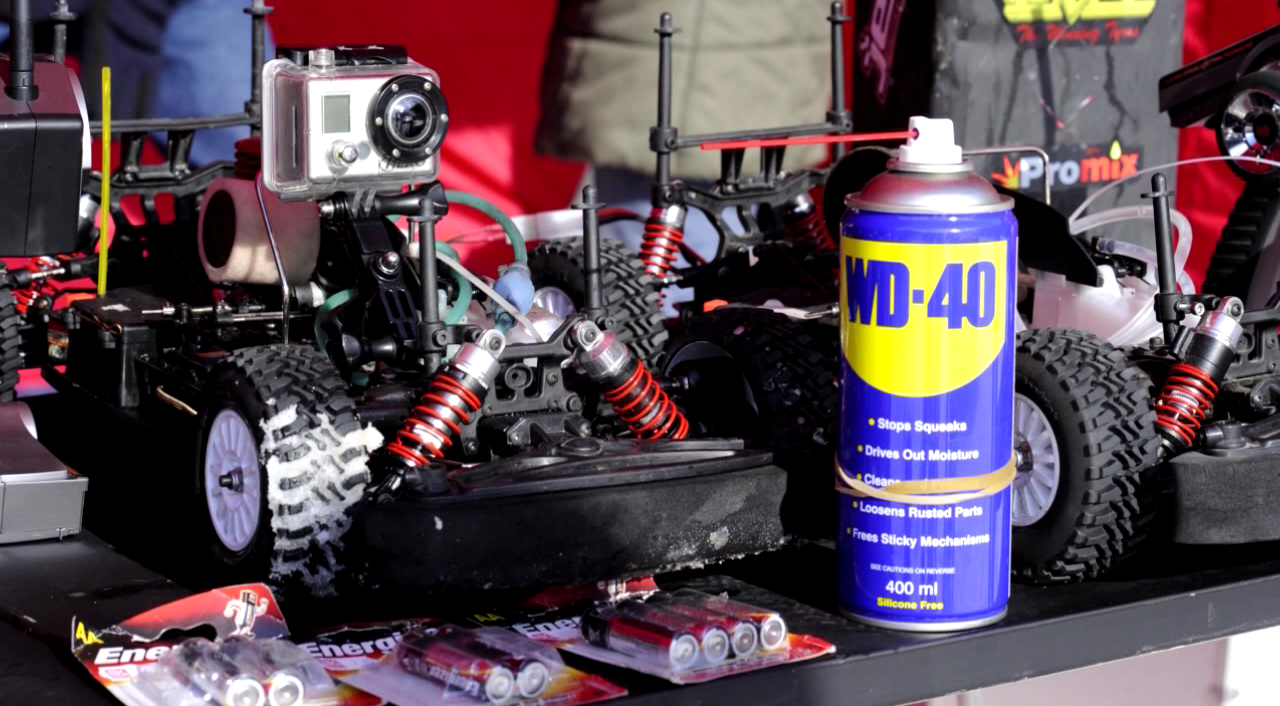 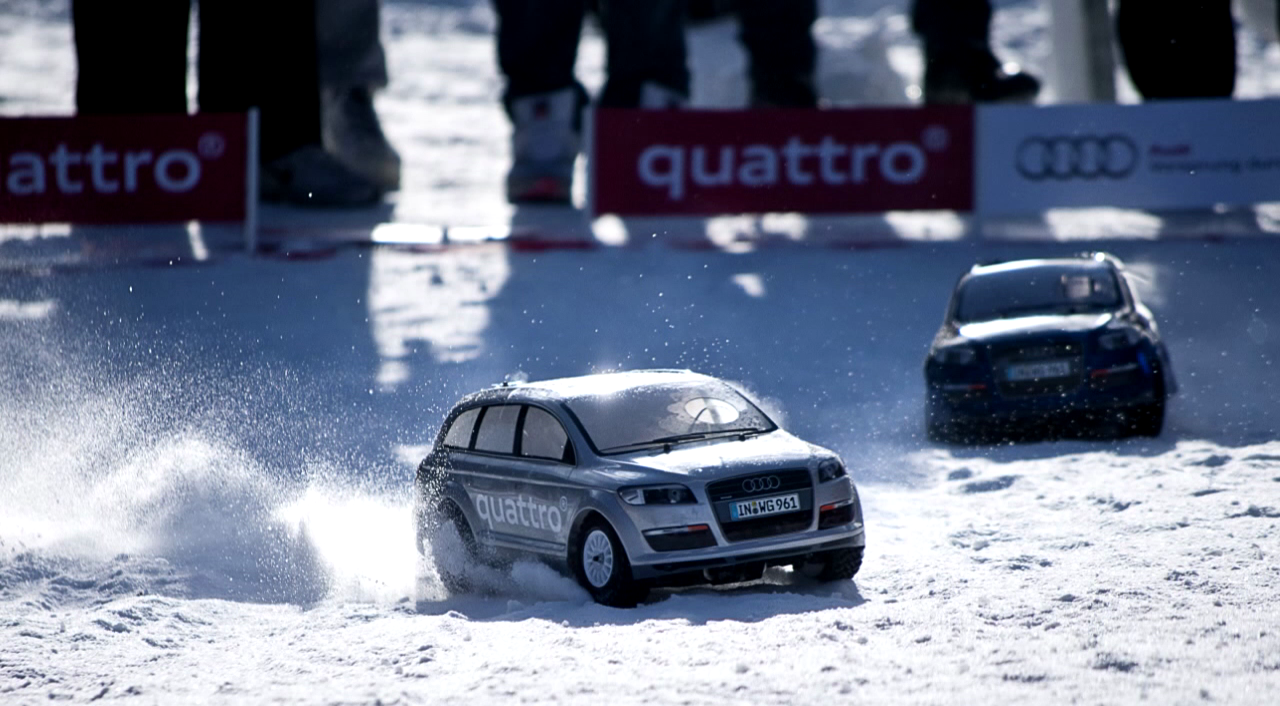